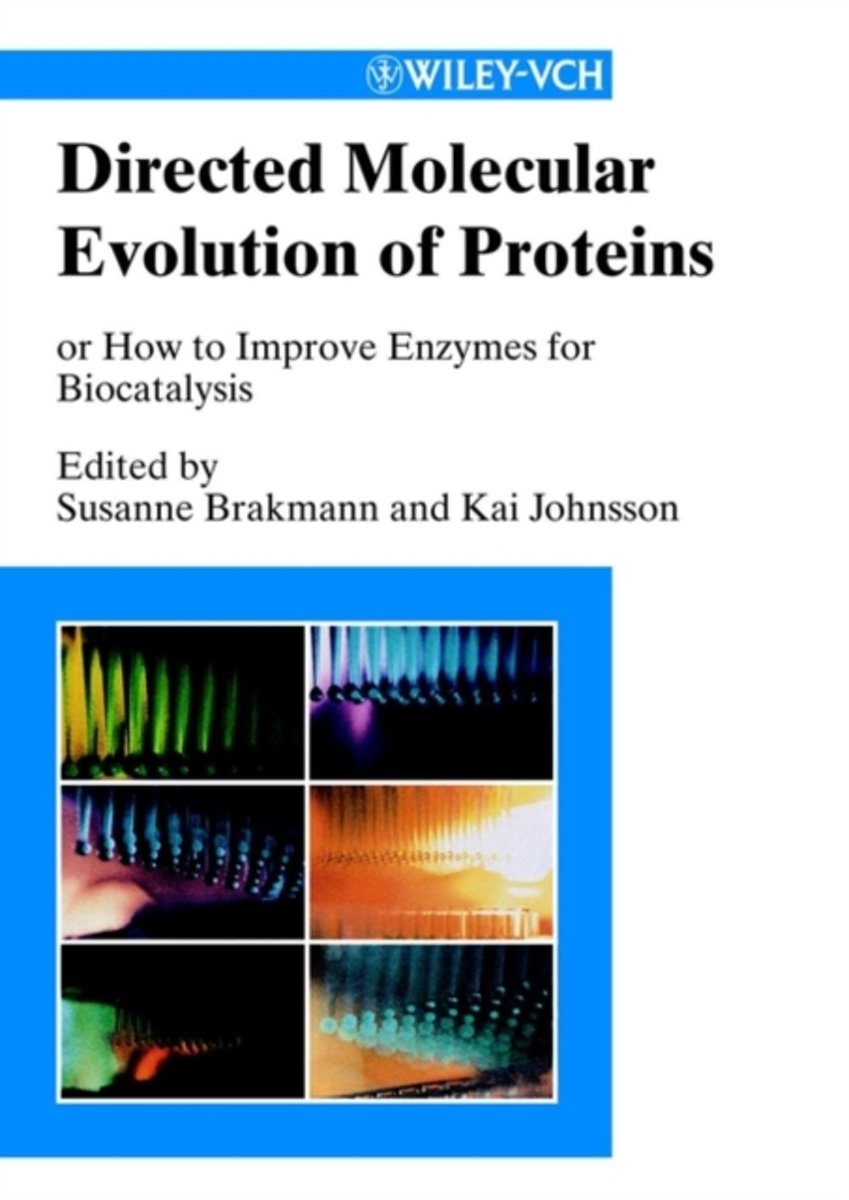 While this somatic hypermutation was thought to occur only at the variable region, recent studies suggest that hypermutation can occur at locations throughout the genome. Building upon this notion, we sought to exploit this mechanism as a mutagenesis tool. We created a substrate based on GFP that could be screened using flow cytometry and showed that retroviral infection can deliver the transgene to genomic locations that support hypermutation.

Infected cells generated various GFP mutants with increased fluorescence intensity and analysis revealed mutations not only at the chromophore, but also an unexpected mutation at a distant residue. Our results demonstrate in principle that immunoglobulin somatic hypermutation can be a potent means of mutagenesis. With appropriate selection conditions it may be utilized to evolve gene products with desired properties.

Mutation followed by selection—this is how nature finds a better way. For complex systems, this often is also the best way to engineer a better product. During normal DNA replication or repair, mistakes invariably occur and thus mutations occur spontaneously. As breeders have long practised, one may rely on spontaneous mutations and then select and cultivate accordingly.


However, in most organisms spontaneous mutations occur infrequently, and this can make mutation and selection a slow and laborious process. An organism can be exposed to a mutagen, e. A disadvantage is that mutagens not only mutate the desired genes but also can indiscriminately mutate genes necessary for survival of the organism. As a result, the toxicity of the mutagen may cripple the organism before enough iterations of mutation and selection can evolve a desired product.

To minimize injury to the organism, mutagenesis of target genes can be performed in vitro Stemmer, ; Ness et al. Although this has proved to be a good tool to improve proteins, the genetic diversity that can be accessed is still limited. While the polymerase chain reaction PCR techniques available may or may not be a limiting factor, the other steps are equally important in the process.

The size of a gene library is limited by the plasmid cloning efficiency and the number of genes that can be screened is limited by the transformation efficiency of Escherichia coli or other host. It may seem that current technology can effectively handle these tasks and that the ceiling for genetic diversity is fairly high. In cases where in vitro mutagenesis is not ideal, mutagenesis of desired genes might be better performed in vivo. An organism would produce its own mutagen, yet be minimally harmed by it.

In nature, the prime example of such a scheme is the creation of antibodies. The genetic diversity created by the immune system is so large that for nearly every foreign antigen, an antibody can be generated to bind it. After combinatorial rearrangement of gene segments, the antibody variable region is mutated at a rate orders of magnitude greater than the spontaneous mutation rate.

This occurs when activated B cells encounter antigen and is termed immunoglobulin Ig somatic hypermutation Weigert et al. Somatic hypermutation requires activation-induced cytidine deaminase AID Muramatsu et al. Although the exact physiological role for AID remains unclear Doi et al. It is remarkable that activated B cells can mutate at such a high rate so as to improve the antibody repertoire, yet mutate in such a way that cells can survive and proliferate.

It was long believed that activated B cells hypermutated only the variable region and that Ig gene sequences directed the mutating factors to its target Betz et al.

Along these lines, it was shown that a transformed B cell line can hypermutate its endogenous Ig variable region and be selected for antibodies with increased binding to streptavidin Cumbers et al. Recently, it has been shown that Ig gene sequences are not necessary for hypermutation Shen et al. Here we investigated this mechanism as a general mutagenesis tool, one not limited to antibodies. Constructs were based on the MoMLV retroviral vector contained in p The first substitution, C to T, changed Thr66 to Ile.

Although the second substitution, C to A, resulted in no amino acid change, it helped to distinguish true hypermutation revertants EGFPevo TC from potential EGFP contaminants that could be introduced during cell sorting, PCR amplification or other manipulations. In order to start experiments with zero fluorescent mutants, fluorescent cells were removed by FACS fluorescence-activated cell sorting.

After FACS, cells were grown with 1. Cultures contained a total of 21 ml and each day 14 ml of cells were removed and replenished with 14 ml of fresh medium. Fluorescent cells were detected by flow cytometry. Single cells were isolated by FACS and clones were expanded from single cells. Whole cell extracts were performed using standard methods. Cells were incubated in lysis buffer [0.

The plasmids were then amplified in E. Can hypermutating cells be used to mutagenize an exogenous gene? If so, is the scope of mutagenesis sufficient to produce a desired phenotype? EGFPevo was expressed in the hypermutating cell line 18— Also, in order to access genomic locations that support hypermutation, EGFPevo was delivered via retrovirus Figure 1A. If retroviral expression in 18—81 was sufficient for mutagenesis of EGFPevo, then we would be able to screen for and detect the various mutations that restored fluorescence.

A EGFPevo was transduced and expressed using a retroviral vector. Shaded boxes represent mutations at conserved locations where amino acid residues were substituted. Mean relative fluorescence represents the mean fluorescence intensity of cells measured by flow cytometry minus that measured from cells with no transgene.

Proteins were extracted from several clones and immunoblotted Figure 3 using antibodies against EGFP and actin, which served as a reference protein. The amounts of EGFPevo were of the same order and any differences from clone to clone could not account for the 68—fold increases in fluorescence observed in these clones expressing mutated EGFPevo. This strongly suggested that the mutations in EGFPevo led not to increases in protein production, but to structural improvements that increased the fluorescence of the molecule.

Mutations in EGFPevo from fluorescent clones 57 days after retroviral infection. The amino acid and nucleotide sequences of regions containing mutations are given. The amino acid number is denoted for non-silent mutations. The second column represents the nucleotide number of the first base in the row. Dashes represent no change from EGFPevo.

Detection of EGFP and actin by immunoblotting. Actin expression served as a loading control. This approach revealed the functional importance of loop structures of congerins: 1 N- and C-terminal and loop 5 regions that are involved in conferring a high thermostability to ConI; 2 loops 3, 5, and 6 that are responsible for stronger binding of ConI to most sugars; and 3 loops 5 and 6, and Thr38 residue in loop 3 contribute the specificity of ConI toward lacto- N -fucopentaose-containing sugars.

To understand the molecular evolution of proteins in nature, we usually refer to the relationships and rates of changes in the sequence data inferred from proteins identified so far. More recent advances in bioinformatics and structural biology, besides recombinant protein expression techniques, have enabled us to analyze the molecular evolution of proteins more directly, explore the evolutionary strategies of natural proteins, and generate novel tailor-made proteins. To date, 15 galectins have been identified in mammals. They are involved in many biological phenomena, including cell adhesion, differentiation, morphogenesis, innate immunity, apoptosis, and metastasis of malignant cells [ 4 — 8 ].


Furthermore, the members of the galectin family have been isolated from a large variety of metazoan phyla, from invertebrates such as nematodes, insects, and sponges to vertebrates such as fish and chicken, as well as mammals [ 9 , 10 ]. On the basis of their structures, galectins are classified into three types: proto-, chimera-, and tandem repeat-type galectins [ 11 ]. ConI and ConII consist of and amino acid residues, respectively, and both contain acetylated N-termini [ 13 , 14 ].

However, they have no cysteine residue that is related to oxidizing inactivation found in some galectins of higher vertebrates. Congerins are considered to participate in the host defense against infectious agents, such as bacteria and parasites.

For example, ConI and ConII mainly exist in the frontier organs and tissues that delineate the body from the outer environment, such as the epidermal club cells of the skin, wall of the oral cavity, pharynx, esophagus, and gills; in addition, they also exhibit agglutination activity against the marine pathogen, Vibrio anguillarum [ 12 , 15 , 16 ]. Moreover, it was recently reported that congerins can exert opsonic effects and can reach the intestinal lumen without enzymatic digestion [ 17 , 18 ]. The molecular evolutionary and X-ray crystallography analyses of ConI and ConII revealed that they have evolved in an accelerating manner, resulting in the emergence of new structures, including the strand-swap structure and a unique carbohydrate-binding site; this in turn resulted in a unique carbohydrate-binding ability [ 15 , 19 — 22 ].

This indicates that only the 31 different amino acid residues between ConI and Con-anc are involved in conferring the characteristics of ConI, which are acquired during its adaptive molecular evolution from Con-anc. To identify the determinants of selection pressures in the evolutionary process and the structural elements associated with the unique carbohydrate-binding activities of ConI, in the present study, we focused on the different amino acid residues between Con-anc and ConI, and conducted a dissection analysis using the chimera mutants of Con-anc and ConI, tracing its evolutionary history to ConI.

As the N- and C-terminal regions located at the inter-subunit interface of the congerins and L5 region involved in the formation of the lactose-binding site are different for ConI and Con-anc Figure 1A , first, the N- and C-termini and the L5 regions of Con-anc were mutagenized. Thus, the Con-anc mutants, in which the L6 and L3 regions were substituted with the corresponding sequences of ConI, i. To analyze the molecular evolutionary relationship among the ancestral mutants and ConI, the phylogenetic tree including the chimera mutants between Con-anc and ConI was constructed Figure 2.

The tree branched out from the node of each mutant with zero distance, suggesting that the chimera mutants are hypothetical ancestral mutants of ConI on molecular evolution.